Guan Elmzoon also known as ★ALL STAR FRESH★ A talented DJ and Producer with great amount of experience. His turntablism skills (DMC World Championships) and musical expertise soon made him a much respected DJ and producer among his peers all around the world. A man who knows the full prospects of the music industry, Godfather of Hip Hop and a precursor of progressive House. All Star Fresh started his career in 1979 and immediately granted him with international fame. His unique skillset made him an established and well respected name around the world. After performing in major clubs in Amsterdam and Spain (Mallorca), he aspired a new challenge. All Star Fresh won the Dutch Mixing Championships (DMC) in 1988 and he was invited to The World Mix Championships at the Royal Albert Hall in London. He was rewarded with a 3rd place in a fierce competition. Dave Funkenklein (manager of major Hip Hop artists) invited him to enter the Lion’s Den in New York. All Star Fresh made history in the Big Apple by being the first non-American to fly into the finals of The World Supremacy Battle of DJ’s. This time he was rewarded a prestigious second place. The impression he made that year, resulted in many invitations to perform with world renowned artists, like Public Enemy, Stetsasonic, Ice -T and Ultra Magnetic MCs. All Star Fresh, a producer and recording artist, is best known as the founder of KING BEE. By producing ‘Back By Dope Demand’, he scored one of the biggest hip hop hits. it was awarded ‘Best Dance Product’ at The Edison Awards in the Netherlands and became a Top 3 hit. All Star Fresh was the first ‘black’ artist in The Netherlands to win this eminent award. Featuring famous production teams like Snap (well known from their hit single: ‘I Got the Power’). This teamwork resulted in producing the single ‘Lets Get Busy’ (Clubland Quarts feat Snap introducing King Bee). This record became a number 1 hit in the Billboard Dance Charts (USA). Other productions were ‘Deepzone - It's Gonna Be All right’, ‘Kellee - My Love’, ‘Ty Holden - You're My Inspiration’ and ‘His Royal Freshness - They Don't Understand’ All Star Fresh has never left the music industry and can still be listened to on various radio shows. DJ-sets that vary from Old School Dance Classics to Old and New School Hip Hop, Funk, Soul, Latin - House, Tribal and Urban tunes. 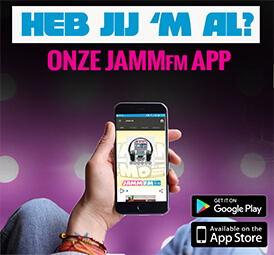